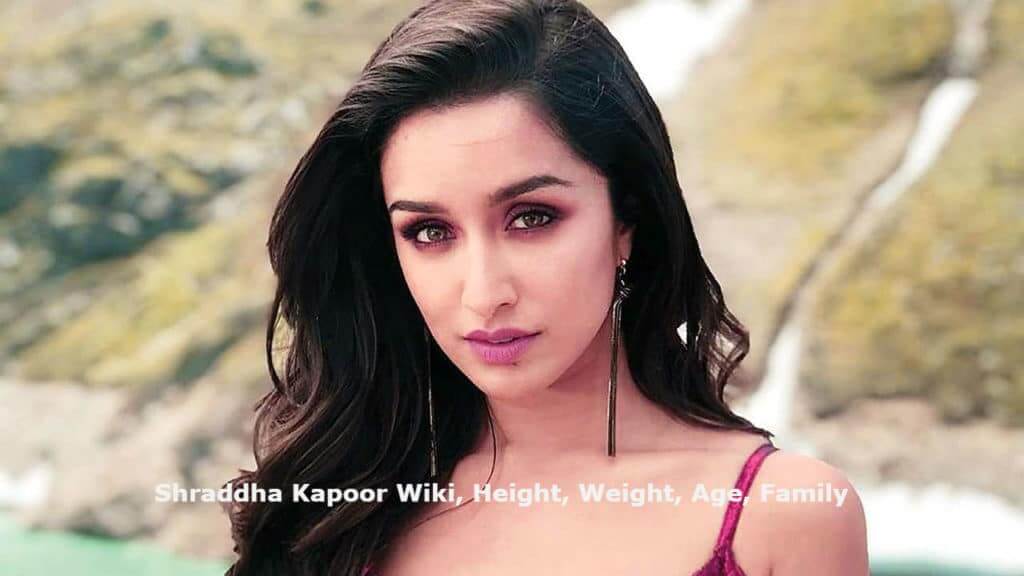 Shraddha Kapoor is an actress and singer of Hindi films who works in Bollywood films. She is one of the top actresses of today. Shraddha Kapoor was born in a mixed ethnic family in Mumbai. Her father’s name is Shakti Kapoor, a famous actor in Hindi films. His mother’s name is Shivangi Kapoor. She also has an elder brother named Siddharth Kapoor. Shraddha Kapoor did her schooling from Jamna Bai Narsi School. And after this, he studied at the American School of Bombay where she was also read by actor Tiger Shroff and actress Aathia Shetty.

Shraddha Kapoor started her acting career with the film Teen Patti. The film did not do much but Shraddha’s performance was appreciated and she was also nominated for a Filmfare Award as a debutant actress. After that she appeared in the film ‘Love Ka The End’ but the film ‘Aashiqui 2‘ gave her a real identity in the film industry and the film was appreciated by all sides.

After this, everything went well in her career and he has done many hit films like Ek Villain, Hyder, ABCD 2, Baghi, Half Girlfriend, and Stree. Her latest movie is “Street Dancer 3D”.