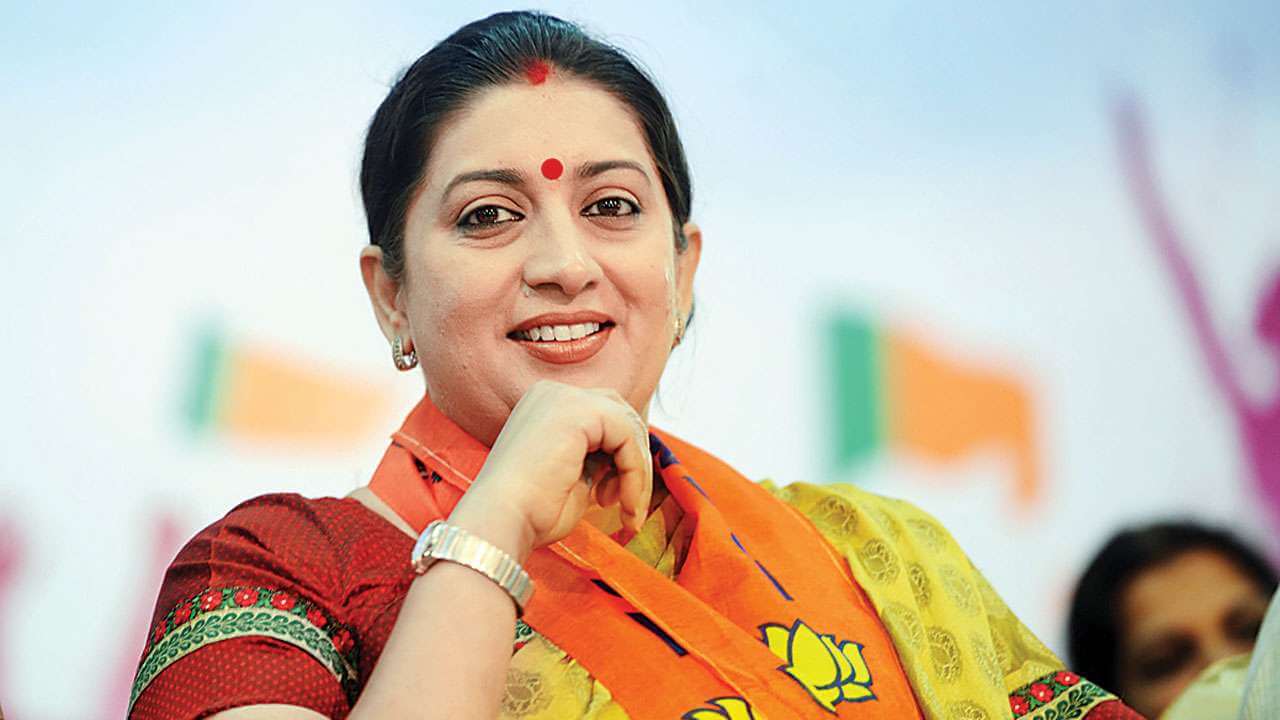 Currently, Smriti Irani is Textile Minister in Govt. of India.

She is also a former model, producer, and tv serial actress.

Smriti made her debut in tv series Aatish which was telecast on star plus.

In 2003, Smriti joined BJP Party. In 2004, she was selected for the vice-president of the Maharashtra youth wing. in 2004 Smriti contested unsuccessfully against Kapil Sibal from Chandni Chowk, New Delhi. after this election, Smriti was nominated for as an executive member of BJP’s central committee. In 2009, Smriti voiced her concern about women safety in the capital while she was campaigning for Vijay goel’s.


Smriti contested against Gandhi from Amethi in 2014 Lok Sabha election, she lost to Rahul Gandhi in 2014 lok sabha election. in 2014, she was appointed as the Minister of Human Resource Development in Narendra Modi cabinet. now she is the textile minister in Narendra Modi government. in 2019 Lok Sabha, she contested against Rahul Gandhi from same place Amethi.

Smriti was born on 23rd March 1976. Smriti married Zubin Irani in 2001, her husband is a parsi businessman. in October month in 2001 both had their first child. In 2003, September month, they had their second child.